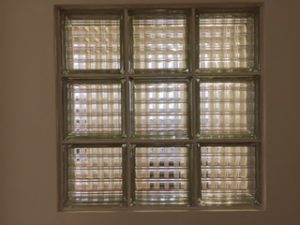 National Public Radio’s weeklong series on freelancing explores the world of freelancers and contractors in America. An NPR/Marist Poll reveals the stats. The big one is that ‘20 percent of all American workers are contract workers hired to work on a specific project or for a fixed period of time.’ Nearly two-thirds are male and 62 percent are under the age of 45. But we think the big news is, a lot of us really like this new work arrangement. Eighty-four percent are not worried they’ll lose their jobs (contracts/clients) next year. Wow! That’s a really high percentage. We’ll bet the same couldn’t be said of workers who are employees.

It’s the growth of this new economy that’s spurring developments like coworking. These membership based shared office organizations give people access to a lot of the positives of the workplace – without losing the pluses of freelancing, either.

In 2012, Forbes magazine ran an article titled ‘You’re All Alone.’ It’s about freelancers! That’s a surprise because being alone is not the first thing that would come to my mind as a downside of freelancing. But for starters, the article lists the positives: flexibility, mobility, spontaneity. Then come the negatives: income not guaranteed, competition, and …  ‘Water cooler talk? Not a chance.’ As annoying as the vicinity of the water cooler has been known to get, a lot of us like in-person interactions. Even better are interactions with others in situations similar to our own, who understand. The reason this felt like a surprise negative is that, these days, there are more and more ways to connect with other people in similar circumstances.

We’re no longer a bunch of people ‘alone’; we’re getting together, by choice and through some individual effort by organizers and community-minded people.

It isn’t just the coworking sites. There are also the professional organizations, networking events, and sustainable business coalitions. Get active in a couple of these and pretty soon the events themselves become the water cooler, and the people at them more like your colleagues than your competitors.

In the second installment of NPR’s series, the story highlighted the risks, which are perhaps more serious than the above ‘negatives’ of freelancing. These include the lack of social safety nets, fewer legal protections, and higher expectations. One solution that came up was a call for a universal safety net.

Yet, true to our independent style, the focus wasn’t on the government swooping in. No, the story quoted Sara Horowitz, founder of the Freelancers Union, calling for ‘a new social safety net where freelancers can rely on each other.’

Who are the freelancers?

True to its mission, NPR dug deeper and shows us the people, too. These are some of the 1,200+ people they polled.

There’s the 31-year-old Philadelphia Business Strategy Consultant who didn’t find the glamour but loves the freedom. The 42-year-old Martinez, Calif., Emergency Physician who can pick where she works but wants to find at least one part-time position that has benefits; the fellow who would like to find a nice, boring job; and the 33-year-old Madison, Wis., Electronic Medical Records Software. She believes she’s achieved the American dream.

We believe an important aspect of the new economy is that there isn’t just one dream, one situation that’s right for every or even most freelancers and contractors in America. There are many dreams and many of us taking those dreams to reality every day, through our work. That’s the new economy.

What’s an upside and a downside of your work? Read more about coworking here. How do you know when your group is a community? Food for thought here.

1 thought on “One of the 32 million: Freelancers and contractors in America”