When I decided to leave my job a few years ago, there was no backup plan. My path would be some form of writing or editing, because that’s my profession, but I needed to figure out how that would map to making a living. Tony Robbins says, ‘Anything you focus on, on a consistent basis, you will get better.’ In truth, leaving my job was the only thing I could think about at the time, but then I backed up and asked myself a couple of questions (interviewing, writing, they go together!): What kind of writing? For whom? Do they need this service on a consistent basis? My answers: Profile writing, for small businesses and individuals. Yes, small businesses need this regularly, individuals need it intermittently (think resumes). Now, it was time to focus. 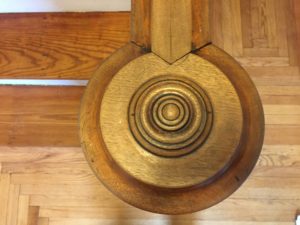 Focus means getting clear on purpose

Focus means something different for a business or non-profit than it does in regular conversation (like when you say ‘we have to focus on getting this done.’) No, for organizations, ‘focus’ means getting clear on your purpose or mission and then comparing every opportunity to it.

It means asking the question, ‘Is this project something that is part of our mission?’ Not, ‘Is this interesting,’ ‘would we like to do this,’ or even, ‘does it pay well?’ (Yes, there are times when that has to be the top question.) But think about it, taking on a project that is not part of your mission uses up valuable time and energy; it keeps you from seeing opportunities that are part of your mission.

Know when to say no …

Frances Hesselbein was head of the Girl Scouts of the USA for many years and wrote a book called ‘My Life in Leadership.’ In it, she recalls many opportunities for the Girl Scouts that seemed exciting and interesting, but she points out that it’s important to be able to say no. She did when the opportunities were off-topic, and the organization grew to include 2.25 million girls by the time Hesselbein left in 1990.

And when to say yes

However, it’s important to be able to say yes at the right time, too. My friends who are Girl Scout troop leaders of today are frustrated because the younger girls are not allowed to start campfires. ‘They have to stay away from the fire,’ they say. This makes some in the Girl Scouts disenchanted; meanwhile, the Boy Scouts of the USA are accepting girls now and they certainly start campfires over there.

What fueled me to make the change from being an employee to a sole proprietor was actually, you might say, a fire in the belly. Because in all the months leading up to that change, I thought continuously about finding a way to make an income that would at least compare with the one from my job. But the plan didn’t coalesce until after I actually left.

The one who wrote the book on focus

What helped was a book with a hokey-sounding title that my dad gave me. It’s called ‘Success Through a Positive Mental Attitude,’ by Napoleon Hill. He writes, ‘Keep your mind on the things you want and off the things you don’t want.’ That second part is super-important; he means, don’t think about the past, spend too much time ‘just dreaming,’ or dwell on things that bother you or that might go wrong. Right, who’d do a thing like that? (Me!)

In Tony Robbins’ words, ‘Most people in life major in minor things.’ He goes one better than Hill and says, ‘They’re focused on how to make a living instead of how to design their life.’

Anyway, I found Robbins’ words and, in Hill’s book, a couple of especially helpful pages that I read over and over again and then implemented. It took a year, but then I was meeting my first financial goal and setting new goals. You can do that, too. Check out Hill’s books. His method works!

By the way, if you think ‘Success Through a Positive Mental Attitude’ sounds hokey, Hill’s previous book was titled ‘Think and Grow Rich.’ Nothing new agey about it, if that’s what you’re thinking. He published it in 1937. Yeah, he was smart; it was the end of the Great Depression and it was an immediate best seller. But this was no flash in the pan. By the time Hill passed away in 1970, it had sold over 100 million copies.

No, there is nothing new about the need to focus. We just have to do it. Coworking helps because, as the Harvard Business Review reported, the sense of individual purpose gets reinforced by being around all those other coworkers also being mission-focused.

What’s your mission? What’s one thing you’re working on right now that you could or should cut out because it’s not part of your mission?

1 thought on “Focus on this Key to Success”